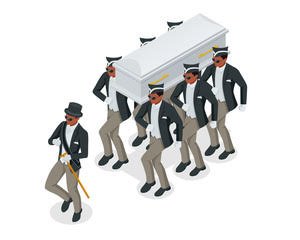 The internet world has been around the block for a very long time. This cutting-edge and trending technology has produced numerous great platforms and products that were called impossible a few decades ago. Among these intellectual creations, nothing has entertained us more than the arrival of memes. The realm of memes literally dominated the early 2010s and it is still regarded as a dominant entity among the internet community. There have been numerous digital products being launched into the digital world and NFTs are one of them. The concept of monetizing anything has been a trending scenario in the present time and what if we could monetize memes?. The notion of the non-fungible token is the perfect answer which enables you to sell your NFT memes for millions of dollars.

Monetize Your Memes With NFTs

Almost every social media user would have come across a single meme in their time on the internet. Flexibility is the primary reason for its immense popularity. Memes can be integrated with any topic, such as sports, cinema, politics, science, etc. Till the arrival of NFTs, the memes were nowhere near the concept of getting monetized. But now, NFTs have broken that barrier and are allowing meme creators to make a living out of creating memes and entertaining the internet community with their talent and intelligence.

Non-fungible tokens are unique digital assets that secure the ownership of the product using blockchain technology. Any physical asset that has the potential to be digitized, including tangible and intangible assets, can become an NFT. Since memes already exist in the digital form, it is a perfect candidate to become an NFT. This combination of domains has revolutionized the internet world. Almost all the classic memes we laughed about and passed our time have become an NFT and sold over hundreds of thousands of dollars in NFT auctions organized by top-tier NFT marketplace for memes.

Classic Memes That Were Sold Exceptionally

Disaster Girl is one of those classic memes that is still presented and being circulated around the internet. This meme originated in the year 2005, where Zoe Roth, a 4-year-old, was standing in front of a burning house and posing for a picture with a devilish smile on her face. This image was uploaded by her father on the internet. This image became viral and was converted into a meme and still now, it has been used in many meme representations.

This popular meme was sold as an NFT in an auction conducted by the Foundation NFT marketplace. This classic meme grossed a hefty sum of $500,000 USD and made headlines in the digital space. This became one of the most initial protocols that enabled many meme creators to monetize their talent.

This classic meme came into existence from the year 2012. When a yearbook picture of Kyle Craven was posted on Reddit by his best friend went viral. This image was used as a meme, synonymous with bad fortune and disaster ahead content. This digital product was later on sold on an NFT marketplace called the Foundation. It grossed a sum of $36,164 USD.

This classic meme first originated in the year 2010. It is a picture of a dog of the Shiba Inu breed. This simple, heartwarming image spread across the internet like a wildfire. Even now, this meme is trending and being used by meme creators as templates for their representations. Due to its astonishing popularity, its value kept on increasing as years passed by. In 2021, this classic meme was sold for a majestic 4 million dollars, making it the highest-selling NFT meme ever. It was sold on an online auction organized by an NFT marketplace called Zora.

Monetize Memes As Your Primary Business

The notion of memes has been trending for a really long time. It has been an efficient and safe way of delivering a message to a person, it can be funny or it can be a message to ponder upon. Memes have always been very resourceful and entertaining. To transform these exceptional digital assets into NFTs has been a great bonus for meme creators. As long as the internet medium grows, the meme division will also grow along with it and pave the way for many exciting new inventions. 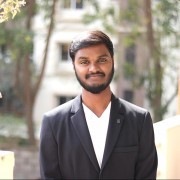